I’ve been excited to tell you about this pre wedding photo shooting in Hallstatt. Since the moment I stepped out of my car and saw the village for the first time. Well, it was dark and I saw nothing, so let’s do this again. I was still excited, but I had to wait until the morning for that peek out the hotel window.  And yes, there it was – Hallstatt.

Hallstatt is quite simply the most incredible village I’ve ever seen. Of course, apart from those tiny French and Italian villages, like Tour Tour, I miss during this time of the pandemic. But anyway, no one cares about traveling or me missing the Pyrenees. Well, this will change. Soon. I hope.

Long story short, I was booked by Sherry and Pete from Hong Kong for a pre wedding photo shooting in Hallstatt, Austria, and Neuschwanstein (yes, spelling checked) castle in Germany. It was just 3 weeks ago when we could freely cross borders three times a day. Today it seems an unimaginable and stupid thing to do. But I don’t regret any of this as I ended up with those incredibly beautiful pre wedding photos.

Right after I came back they closed the airport in Vienna and most of the airports in Europe. I did my 14 days in self-isolation, and hey, now I get to this again as everyone is sitting home nowadays.

We were lucky to manage to do our pre wedding photo shooting in Hallstatt. It’s a picturesque lakeside alpine village in Austria. The village is more than 7000 years old. It used to be a salt mine, today it’s one of the most visited places in Austria. It has also been named a UNESCO world heritage site.

As we were lacking time due to the upcoming lockdown, we missed some great tourist attractions like a boat ride and yodeling classes. But honestly, I was pleased the place was empty. Good for photos.

We arrived to Hallstatt from Germany with a rental car. It’s not allowed to enter the village by car. So you have to park it outside and either have the hotel shuttle take you in the village or just walk. There’s nothing like that sound of 6 roller cases in the middle of the night rolling through the narrow streets. Locals must love it.

But yes, no cars in the village, that’s a blessing for every photographer, as most of the cars usually mess up pictures. Because of the virus there were no tourists, as we did the shoot early in the morning. There were no locals as well, so it felt like we had the village for ourselves. Well, apart for a few fairy-tale like swans. Fun fact – these swans were brought over to Hallstatt by the Austrian Empress Sisi in the 1860s.

Hallstatt is a very small place. You can walk from one end to the other in just 20 minutes. I imagine how it is during the peak season in the time of no viruses. The place must be crowded like crazy. The only thing I can suggest if you want to take photos like mine, wake up early and be the first out there. That’s when the light is at it’s best. I absolutely adore the morning light.

So we strolled around the beautiful Hallstatt Lake and village streets for a few hours. We enjoyed the breathtaking scenery of the lake, mountains and the village. I highly suggest doing pre wedding shooting in Hallstatt.

After the photoshoot, I went to Vienna to meet my sister. I hadn’t seen her for a year and I have no idea when we will see each other again. Actually I know – when this is over. Please stay safe, we’re in this together. And stay tuned for my next blog post as now I have so much time to write them.

Please check the rest of the photos below for this  stunning pre- wedding photoshoot. And also read the tips I included for the Drone Photography in Austria. 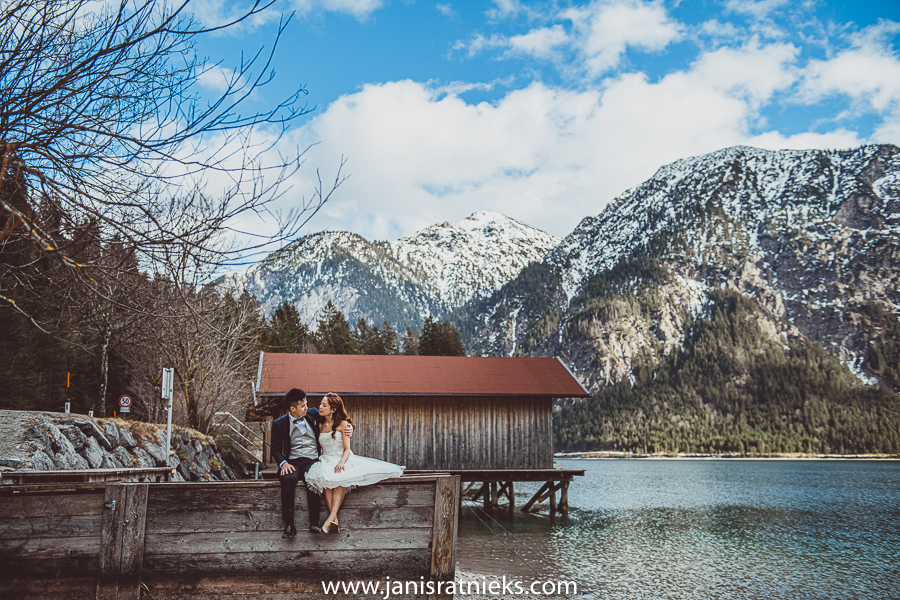 We also did some drone photos with Mavic MINI. IF you want to do some too, you  should know that there IS NOT ALLOWED to fly a drone in Hallstatt. That is why we only made them  by the Plansee. There is no village so I decided that a couple of drone photos of my couple in a remote place like this won’t harm anyone. If you want to see my review and other photos I did with Mavic MINI please check the link below.

Also it is very important to know that there are general rules for flying a drone in Austria. In most cases you need permission from Austro Control. The cost of a permit for one year in Austria is 330 Euros.  As my Mavic MINI weighs 249 grams only I didn’t have to have one. Because a permit is not required to fly a drone if it doesn’t exceed the weight of 250 grams. That is why I personally love using this drone. 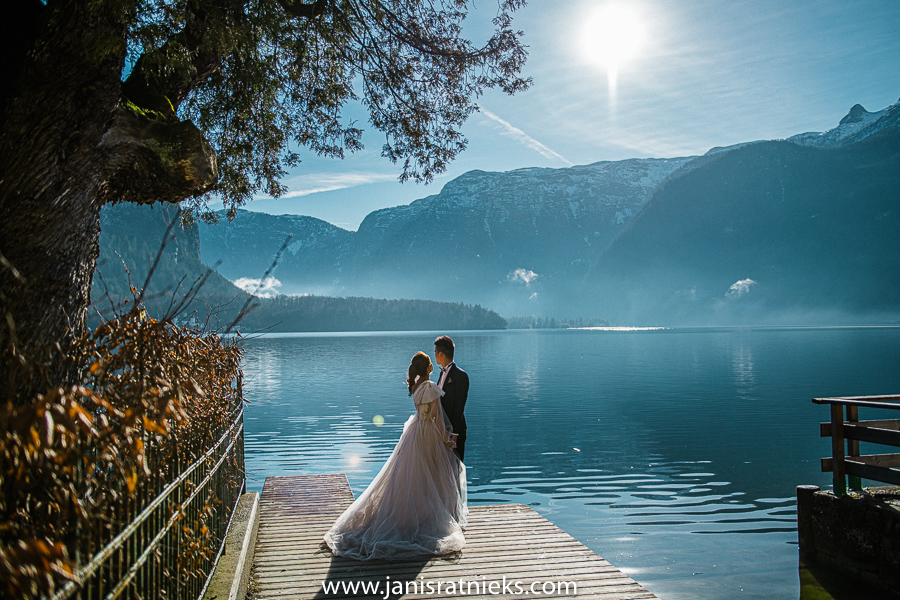 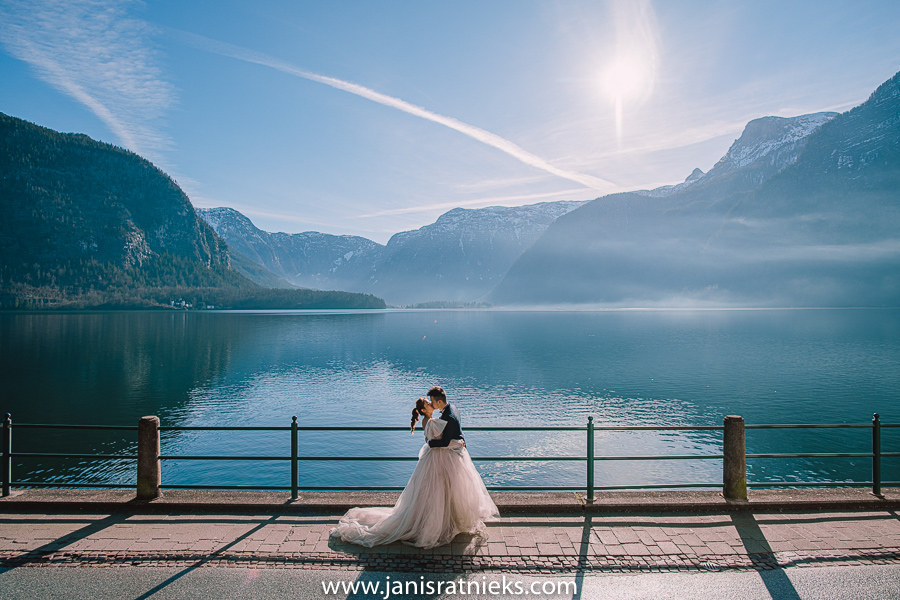 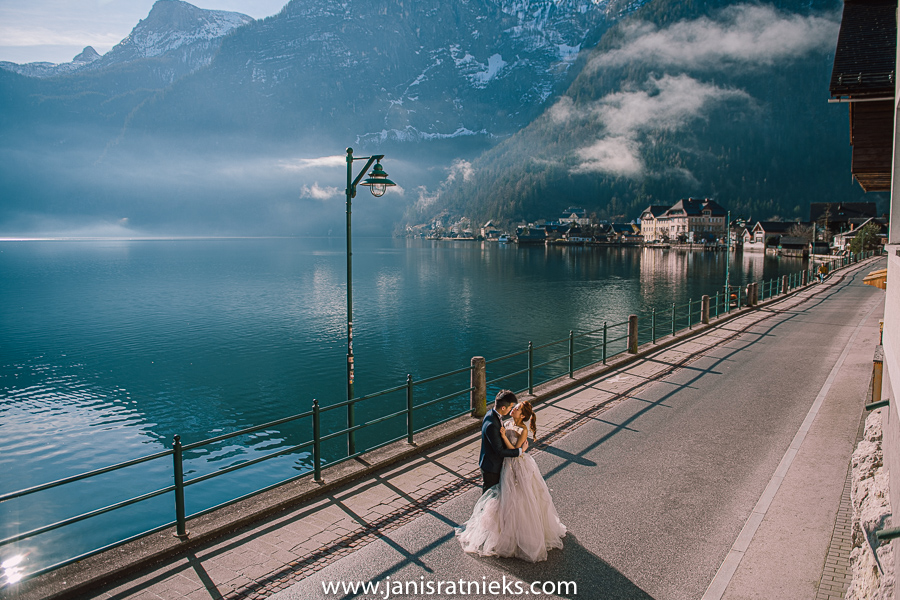 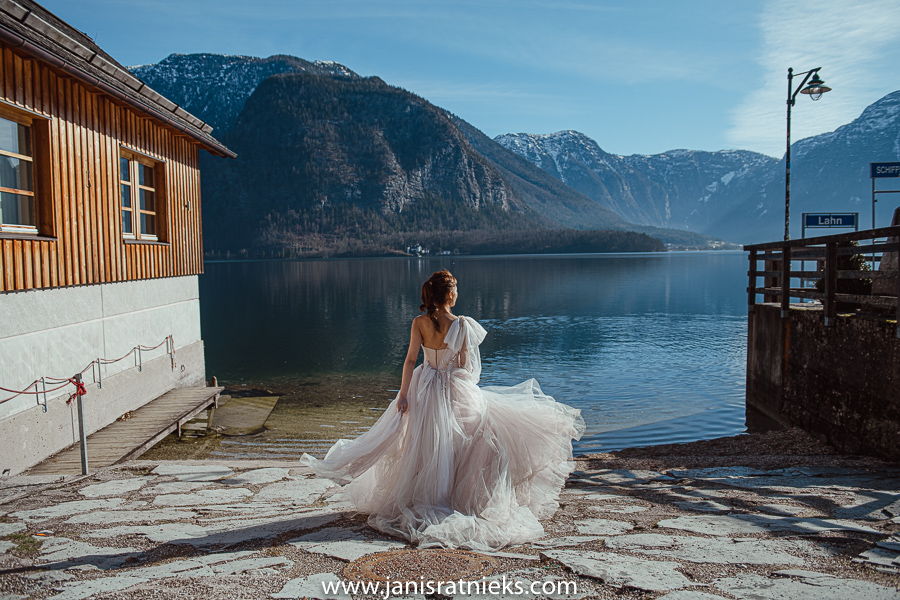